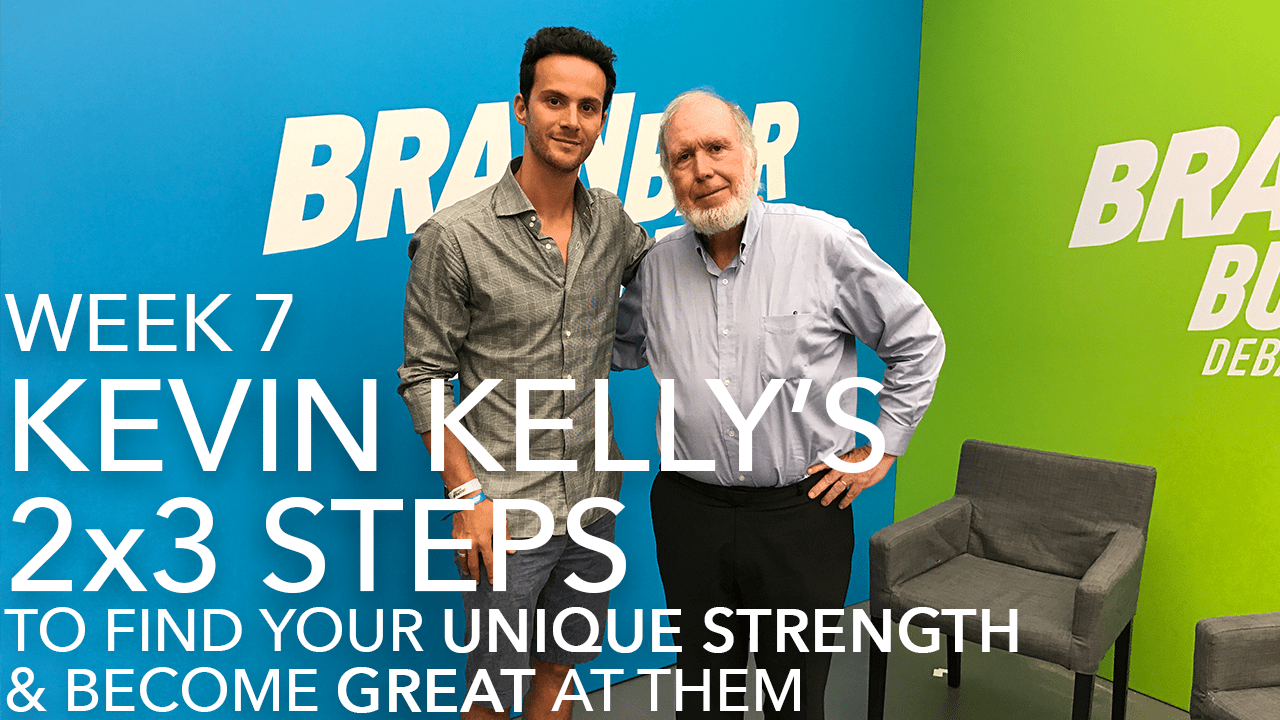 So I have this ongoing thing with Tim’s book and I try to meet w people featured in it and ask them to sign it. Turns out Kevin Kelly was with Tim in Uzbekistan just before he came to Budapest. As he describes, they went to crazy places there.

It all starts with ego. I asked Kevin Kelly about how we should go beyond our ego. It has many aspects and I knew he tried LSD once. But also other practices can be applied, but what I really loved in Kevin’s answer was that he admitted he cannot give that much advice on it. Being open about what you know and don’t and not trying to know everything.

This just connects to another thought Kevin highlighted: getting feedback is very important. As well as asking for help. In order to be good at this, you have to leave your ego out of it.

So if you can say that I could do this really well and I would probably enjoy doing this and you cannot say no to it and there is no one else doing it, than you found it.

There is an important side note to step 1: don’t do premature optimization. Don’t settle too soon. Meaning people drift from one thing to another before they could really tell how good they are. 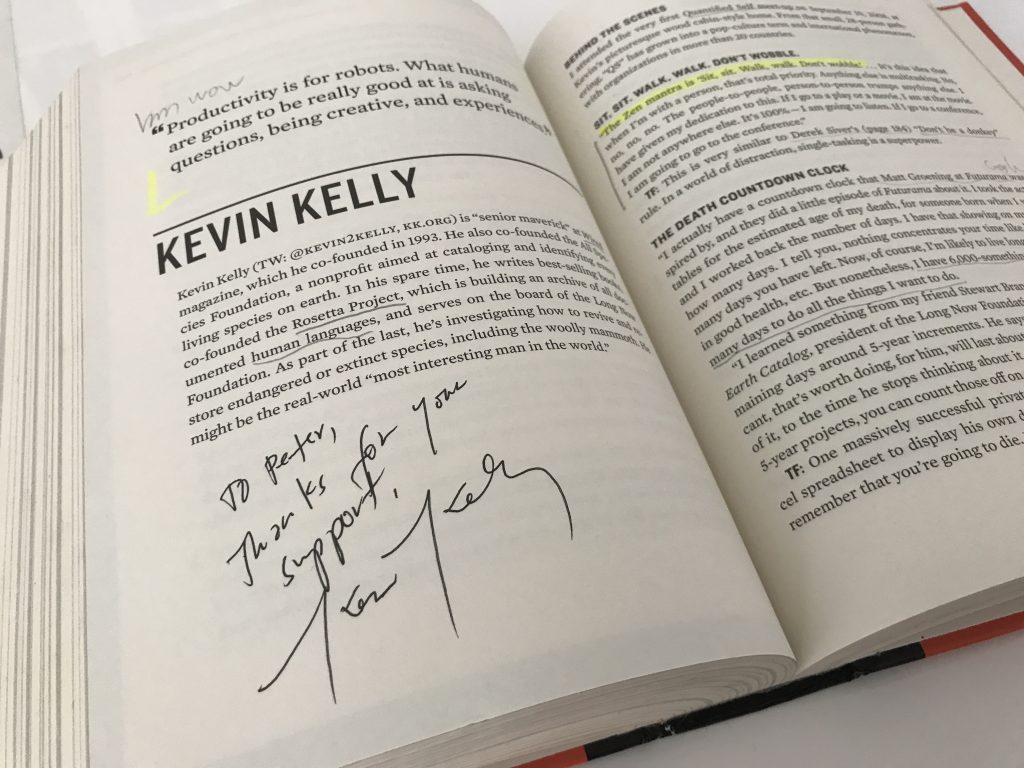 So once you have an idea, how to get started? We dig deeper and use another 3 step process

To me it all comes down to the law of category. Kevin Kelly haven’t heard the term, but he actually applies it. The way he puts it is that you have to create your own slot. “The great temptation that people have is they want to be someone else, they want to be in someone else’s movie. They want to be the best rock star, and there are so many of those already that you can only wind up imitating somebody in that slot. To me, success is you make your own slot. You have a new slot that didn’t exist before. That’s, of course, what Jesus and many others were doing. That’s really hard to do, but I think that’s what I chalk up as success. You shouldn’t be afraid to be niche. Actually it has a lot of similarities w the 1000 true fans and what it says is that — you don’t necessarily need to be the best in one thing like be Michael Jordan but trying to be like in the top 20-25% in several things, 2-3 stuff, figure it out and then combine it and then you are creating your own category.

I recommended Kevin to write a follow up article on the 1,000 True Fans, where he explains the distribution part. Meaning how to reach them. He gave the best answer: he doesn’t know. Because the formula for finding and funnelling the fans in hasn’t been discovered, actually you have an advantage over the large companies. Because if there were a formula to gradually steer them in, then large corporations would use it and people like you and me wouldn’t have a chance. This way, it is up to us to figure it out – with the phenomenon of Youtube for example – and it is an open race. One thing for sure is that they won’t come if you are passive. You have to be proactive and just be out there trying.

So no new special secret here, but a good food for thought to know that we live in a time where we have a real shot achieving greatness in our own slot.

If you enjoyed this article and vlog, it would mean the world to me if you subscribed to my VLOG!