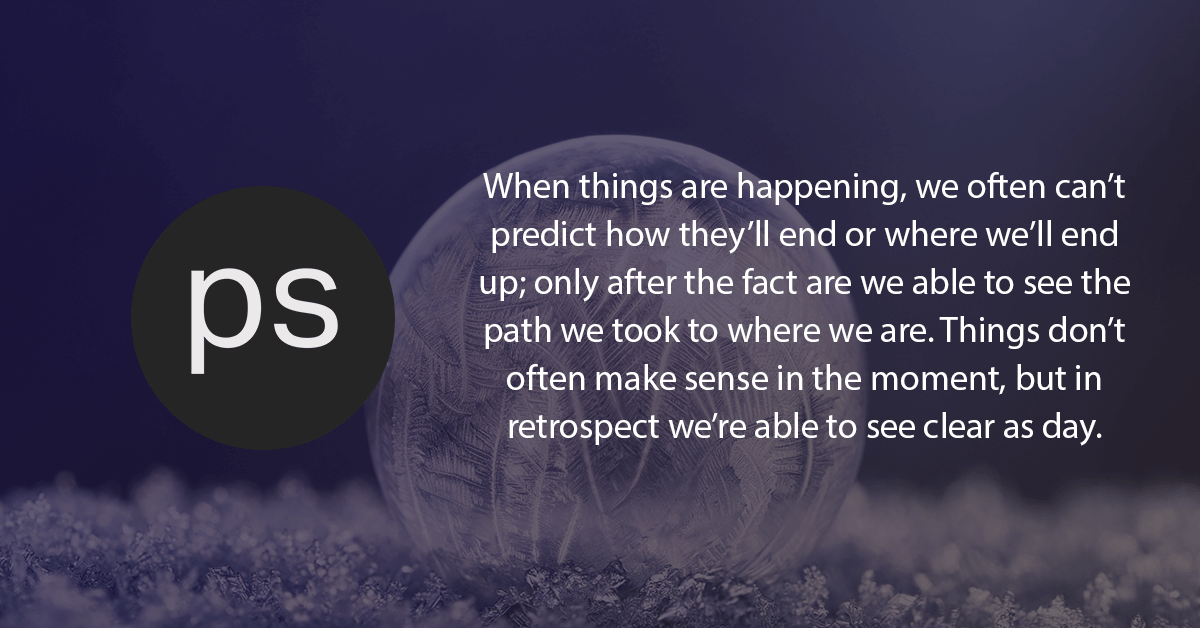 How did a video with 25 views make me 1000 bucks? When it happened, I had to ask myself, how did I get here? Mostly by connecting dots – not in a literal sense, but from making opportunities out of other opportunities.

Watch my new VLOG and an episode about connecting the dots:

I’ve been doing speaking engagements for 5+ years now and lightning talks seem to be the most difficult. These talks are fast paced, like TED talks, but you don’t control your slides. Prior to the presentation, you send your slide deck to the event organizers and they automatically advance your slides every 15-30 seconds. Even though these are the most difficult, I was invited to the Business of Software Europe conference in 2016 to give a lightning talk and that was the beginning of this journey.
It didn’t go viral or anything

If you check it out online at the time of this post (March 2017) it only has 25 views, but it happened to reach the right person. One of those viewers found the video some way or another and happened to work at an agency that was looking for an inspirational speaker for their client’s annual conference. She recommended me and I guess I fit the bill because I was hired!

I only needed one person who vouched for me and it led to on well-paid speaking gig. One that I wasn’t even trying to get.

As Steve Jobs said in his Stanford commencement speech, you can only connect the dots backwards. When you begin a task, you usually can’t see what the outcome is or where the journey will take you. You take one step at a time and only when you look back at what you’ve done can you connect the dots that make up the path that got you to where you are.

So often people have a plan in mind. An end goal for their lives. This is great, but it’s easy to get so stuck in the plan that we ignore other opportunities as they present themselves because they don’t immediately seem to fit our end goals. We pass by unique and enriching experiences because it doesn’t look like it will tie in with our plan or fit neatly on our resume, but chasing these opportunities and experiences are some of the most rewarding things we can do in life. These spur of the moment chances, push us further and force us to grow and learn about ourselves and that’s what life is about. The lessons we take from these experiences are invaluable; they provide us with new skills, insight and knowledge that can be applied to every aspect of life. And sometimes, the things we learn when we stray from the path can help us get farther than we ever could have had we adhered to our strict plan.

Life is about being flexible and open.

It’s so easy to get stuck in familiarity and routine that when something new comes along we’re averse to jumping into something new. This fear only ends up limiting us. Imagine what would happen if Steve Jobs never took crazy chances. Or Bill Gates. Or really anyone in the tech space. It’s full of innovators who didn’t get so stuck in a plan they didn’t go out on a limb. They knew that even though there wasn’t an immediate reward, the experience would be worth it. And while they were out chasing one dream after the next, jumping from one opportunity to another without a clear idea of where they were going, look where they got. They only achieved this greatness because they were risk takers. And they could only realize how one experience led seamlessly into the next after the fact. They were only able to connect the dots backward.

Another similar story was of Scott Adams’ that was recounted in Tim Ferriss’ Tools of Titans (I highly recommend the book by the way). You might know Adam by his works:
How to Fail at almost Everything and Still Win Big

If not, here’s a synopsis of his most notable approach to life: he creates systems instead of making goals. These systems work for him, even though he doesn’t know the exact outcome. He works at tasks without an end goal in mind and these systems are so effective that they end up making him successful in ways he wasn’t aiming for.

Take this for example. Adams used blogging to find his voice. He did it often because he enjoyed it and this made him good at it. His blog’s success landed him a job writing for the Wall Street Journal, which led to a book deal that spiraled into receiving speaking requests, which made him a lot of money. This success started because one day he decided to blog. His goal wasn’t to have a career as a speaker, he just wanted an outlet for his thoughts. He never could’ve planned this, but after the face, he was able to look back and connect the dots – back to the Steve Jobs quote: he could only connect the dots backwards.

So without planning to, I had my first ignite talk. It stemmed from my desire to establish an international presence. I was networking and pitching myself to everyone I could and someone finally saw the potential and gave me my first speaking gig. And I loved it! When I started down this path I had no idea where I would end up, but now I hope that there are even more similar opportunities to come.

Have you ever experienced one of these “connect the dots backward” moments? If so, I’d love to hear about it and learn from it! It would be a cool concept for a follow-up post.

The article was co-authored with Paige Tyrrell.