How Can Economic Theories Help You Live a Fulfilling Life?

I’m going to write about two concepts: Gossen’s first law and the Giffen paradox. I believe that these theories could explain more than the relations between utility, price, and demand. They could be applied to other aspects of life as well.

A few weeks ago I had a nice chat with my girlfriend about the balance between my relationships and professional life. I used to be a big fan of microeconomics, and we discovered that these two old principles might show us a way to become more productive and satisfied. Let me share it with you. 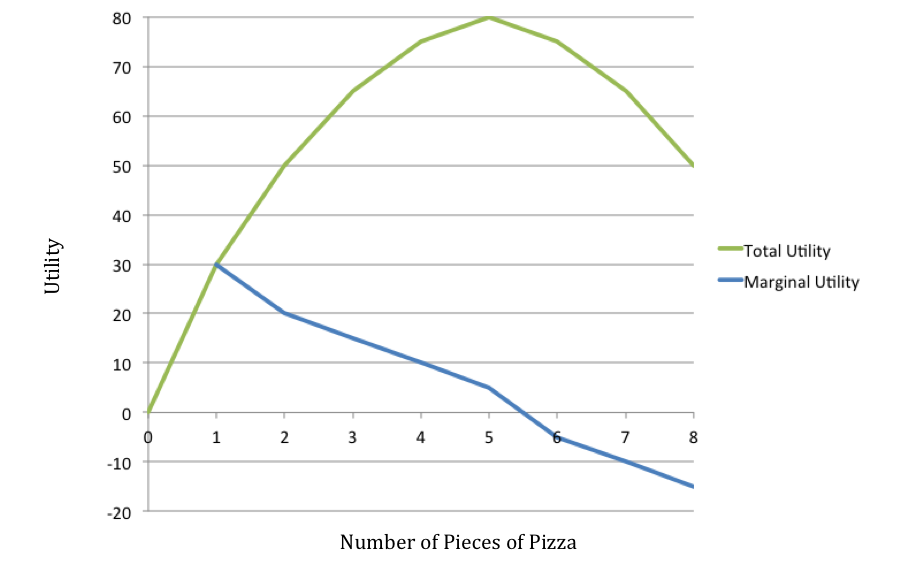 In plain English, this means after a certain number of occasions, spending more time with an activity or buying more of a product won’t make you happier.

For example, kids love chocolate cake. If you give a piece of cake to a little boy, it will make him happy. If you give him two pieces, it will make him even more delighted. But around the sixth piece, he will have enough. The seventh piece won’t make him any more satisfied. He will start to play with the food, and in the end, you will have to wash the whole thing of the wall.

The Giffen paradox refers to exceptional products that could violate the law of demand – when a product’s price increases, people consume more. 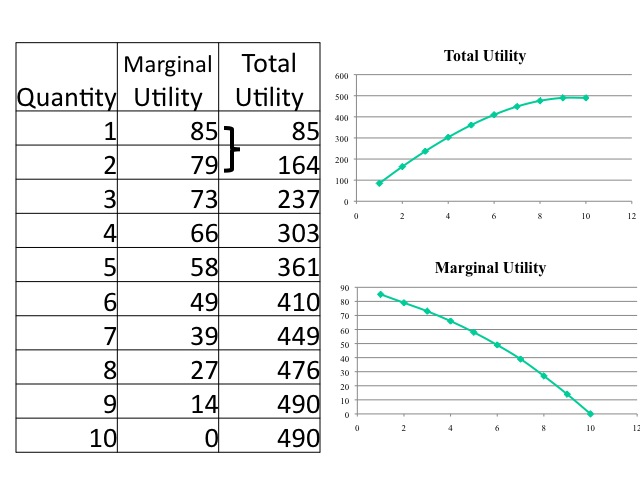 “As Mr. Giffen has pointed out, a rise in the price of bread makes so large a drain on the resources of the poorer labouring families and raises so much the marginal utility of money to them, that they are forced to curtail their consumption of meat and the more expensive farinaceous foods: and, bread being still the cheapest food which they can get and will take, they consume more, and not less of it,” – wrote Alfred Marshall in 1895 about this phenomenon, in the third edition of his book the “Principles of Economics.”

The sixth piece of the cake 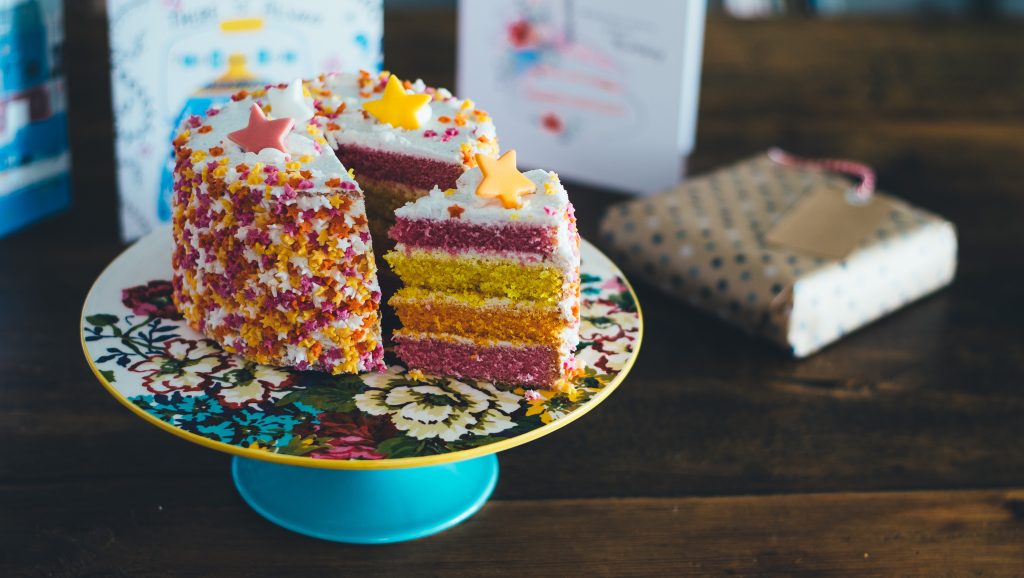 We can view the different stages of a relationship as the pieces of the chocolate cake that I used to explain Gossen’s First Law. In this case, the first piece of the cake is the romance stage when everything seems perfect, and the sixth piece is the foundation of a mutually beneficial, long-term relationship.

The question is what happens after this. According to Gossen’s First Law, the partners will start to profit less from staying together after this stage, and this will lead to a divorce. But the Giffen paradox could change that if they are able to find a way to benefit from consuming more of the same.

When I talked with my girlfriend about these theories, we concluded that there must be a way to remain on the sixth level. A method that will take you there and allow you to improve indefinitely. Not only in your relationships, but at your profession and other aspects of your life as well.

Now, I wouldn’t say that we’ve found the perfect solution for the problem of diminishing marginal utility, but maybe what I’m about to write next could help. 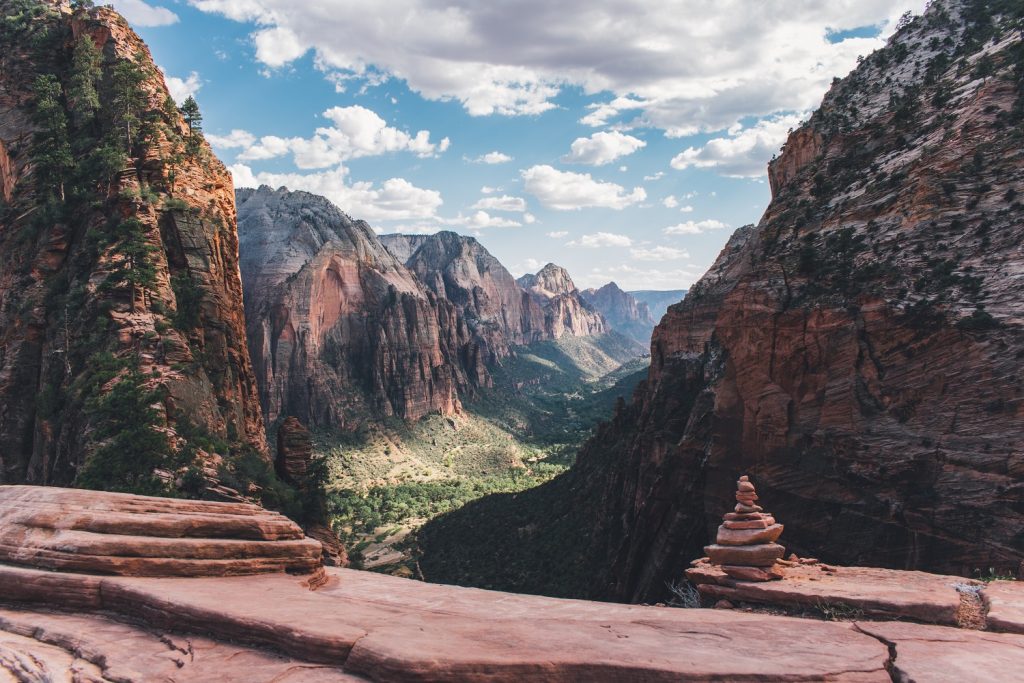 The second law of Gossen tells that unlike our resources, our wants are unlimited, and in order to attain maximum satisfaction, we need to optimize the use of our scarce resources. Instead of consuming more of the same, we should look for the most pleasing mix of commodities.

In terms of a relationship, we shouldn’t interpret the second law as a theory on the advantages of polygamy. It is about the importance of finding balance.

We need to find balance in every aspect of our life.

A relationship can last only if it works on different levels. If sex is great, but you don’t have common interests, or can’t stand each other’s friends, it’s not going to work.

Similarly, concentrating only on one activity won’t make you more productive.

I used to be a man of the extremes, and failed to find balance in my life. For example, if I focused on math, I couldn’t memorize a single line of a poem. I knew it had to change, so I started an experience.

I tried to form habits and do certain tasks, like writing, consulting with clients, or going to the gym at the same time each week. This returning pattern helped me a lot. You could read about it here if you’re interested.

Of course, the same is not going to work for everyone. But anybody can increase productivity by finding the right combination of activities, relationships, and goals.

I guess our objective should be to use the right rituals, ones that could keep us steady and productive.

This could mean that instead of having an amazing sex life, but lack of intellectual discussion, we should thrive for both on an above-average level so the total utility will be higher than just one’s peak.

We need to look for the intersection of sets, and aspire to a balanced state that will allow us to remain at the sixth piece of the cake forever.